in English (loosely translated): For example, to find out if the photograph of the homeless person used by Marine Le Pen comes from a stock photo site, use TinEye. Advice that Marine Le Pen – president of the Front National (France) should have been aware of before launching her campaign. Thanks Alexandre Léchenet and Laurent Lucas.

Laurent Lucas is a journalist for “Le Grand Journal” at Canal+ but he is also a bit of a photo sleuth. He maintains a tumblr blog where he documents his sleuthing! He spotted that the homeless man taking center stage in the Front National pamphlet is neither homeless, nor French but rather a stock photo. 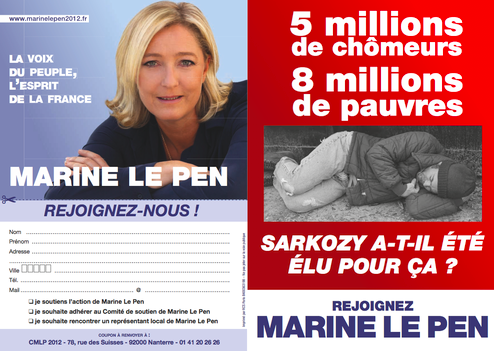 I bet it was an interesting day for the Front National head of communications. oops!