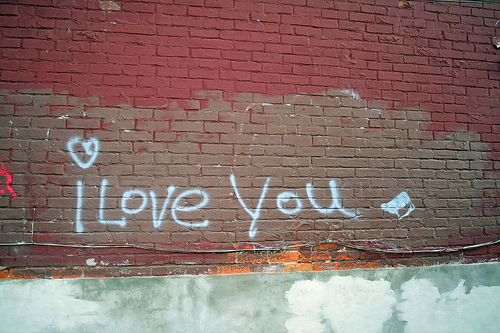 It’s been a busy week here at Idée and an even busier one for TinEye! Since our TinEye beta launched, we’ve had users from all over the globe trying out our image search engine, providing feedback and sharing their results! And we have to say: we love you, we love your feedback and we are working super hard on the next release.

TinEye has gone around the world and made some incredible friends in the US, Canada, Japan, Hungary, China, Germany, Italy, France and the UK to just name a few countries! So we want to thank you all from the bottom of our (robot) heart!

We found out that we have an amazing group of TinEye fans in Hungary at the Stock.Xchng forum, lead by photographer Cris DeRaud. It is great for us to see TinEye helping photographers locate how and where their images are being used!

In their words: “This is something really mind blowing. We are probably witnessing the development of a technology which is going to be used at a regular basis by people like us.” Amen!

Gareth and the great folks at bit-tech took some time to check out TinEye and we were thrilled to know that one of the UK’s leading tech review sites really dig us. Thanks guys!

Popping over to the British Isles, we heard from David Hoffmann of the Editorial Photographers United Kingdom and Ireland, who said “This is very impressive…this is a real breakthrough.” We could not agree more!

Photographer Robert Kneschke, from Germany, used TinEye to find unlicensed copies of his images in his first searches with our little tiny image index. Don’t worry folks: the image index will be growing very soon!

On to Italy where a blogger at Giavasan described TinEye as “a new search engine for images that kicks ass” and said it is “literally a dream come true.” Wow, we feel the same way! We’re glad you liked the simple and intuitive interface, quick search results and the Firefox plug-in too! Grazie, siamo contenti vedere cosi tanto d’interesse nel prodotto!

Nearer to home – that’s Canada for all you visitors! – the forums at iStockPhoto have been buzzing with news about TinEye. All good.

Susan‘s highlighted some great uses for TinEye and we are greatful: “It has the potential to be hugely useful once coverage is more complete, especially to image producers and their agencies who want to keep tight control on where and how their images are used. Very useful for image purchasers too considering web usage of an image – they could check pretty easily who else is using it and for what purposes to make sure there aren’t any unforeseen and potentially embarrassing overlaps in the same market.”

More TinEye ‘sightings’ from around the web? TinEye was discussed during a Canadian podcast and profiled in the National Post too!

We want to thank you all from the bottom of our hearts because without you all these long nights would not make sense. Stay tuned for more TinEye goodness to come your way. If you have not requested your TinEye invitation all we have for you is a single question: What – are – you – waiting – for?