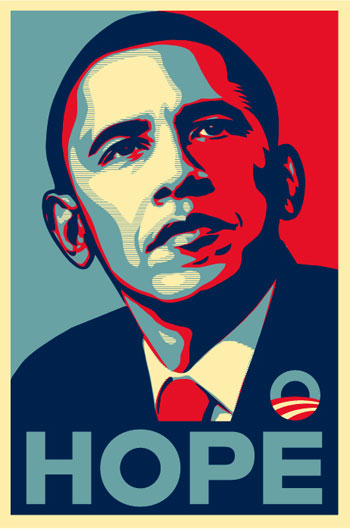 I am sure you are wondering what does image recognition have to do with Obama? Me too! A couple of days ago – this is super old news for the blogosphere! – James Danziger posted about how he spent months searching for the original photograph that Shepard Fairey used to create his Obama Hope image. I am sure you have all seen the Obama Hope work?

Reading James’ post (which I linked to a couple of days ago) I thought boy if only he had access to the image recognition we take for granted within the Ideeplex walls, his months of research could have been shortened to minutes (James, meet TinEye. TinEye meet James. Now be nice)! But I digress: upon hitting publish on my short post, I received a comment from Waldir who pointed me to a series of Flickr photograph where Stevesimula identifies another photograph as the original. Bam! Would the real Obama Hope photograph please please stand up? No really! Sometimes the most obvious things are the ones that escape you: well, champion how about using our image recognition technology and comparing all the contenders? I mean we can surely spot the fakers? That’s what we ended up doing yesterday but unfortunately I did not have time to post about it. So the results are in and the winner is: Mannie Garcia who shot Obama for the Associated Press.

Stevesimula was the first one to complete his own analysis and came to the above conclusion before we did, we basically took our sophisticated image recognition technology and confirmed his finding. 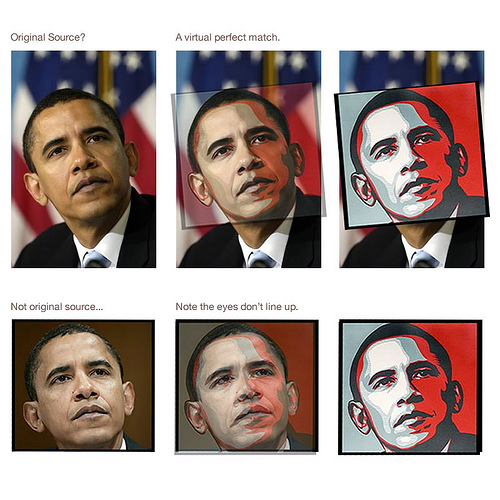 Tom over at Phillynews did an awesome detective job to locate the original Obama photograph. Read his sleuthing!

Here is what we did: we took the Obama Hope poster and matched it against the two potential source candidate images. For this we used the image comparison engine of TinEye‘s bigger, more powerful brother: PixID. If you thought TinEye can compare images, you should see what PixID can do! PixID takes a detailed look at the patterns of the pixels images, creating digital fingerprints of the source and target images. It can find a small partial match in the fingerprints, even if the images have been heavily transformed. Edits can include crops, flips, rotation, skews or as in this case – literal posterization of the image.

PixID can also calculate a sub-pixel accurate transformation matrix that shows how the images best align to each other. We used that to produce the images shown below. Basically Mannie Garcia’s photograph was the best match.

Below you can view the results. As you mouse over each poster, it will swap to the best possible alignment of the source image we compared it to. If you toggle the images back and forth, you can see the real winner is obvious.

This is the Reuters images which was initially identified by James as the correct match for the Obama Hope poster.

As you mouse over the image to the right, to toggle between the poster and the aligned photograph, you will see that the alignment seems a bit off. Clearly Obama’s head and ears do not line up well at all! So what’s going on? It turns out that the mathematically best alignment possible was to have the lips and nose line up properly (take a look and you will see that they do). If you force the head and ears to line up, then the nose and mouth will be way off. Either way this is not looking like a good match to us. 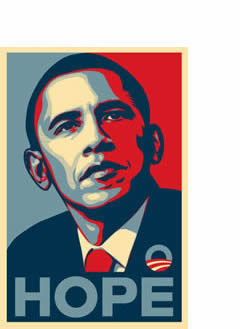 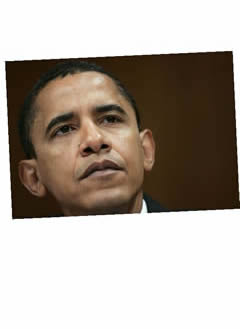 Now mousing over this image shows a different story. The alignment is near perfect. No question this is a better match. Ladies and gentlemen we have a winner. Unless of course there is an even better match out there! 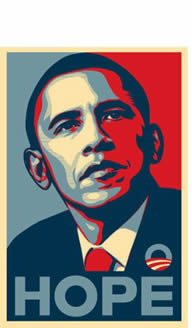