Thank goodness for translation software as TinEye has been traveling the world. So what’s the latest?

I have only a vague (google translated) idea of what Robert Kneschke is saying here but I do know he’s a fan and that he writes lovely things about us in German. Vielen Dank Robert!

The fantastic folks over at StartupMeme have an Eye for TinEye.

Kaly from makeuseof.com also reviewed TinEye on their site.

TinEye. Let the games begin is from our neck of the world since Dan is a Canadian Photographer. heh!

In Russia, Alexander at Kavelin.net reviewed TinEye and put our image search engine through its paces. With edits and blurs, TinEye still found the original query image – a screenshot from the movie Forest Gump – and that was before we added almost 200,000,000 more images to the index.

What’s exciting is that even if it’s a bit tricky to understand what’s being said, images require no translation. 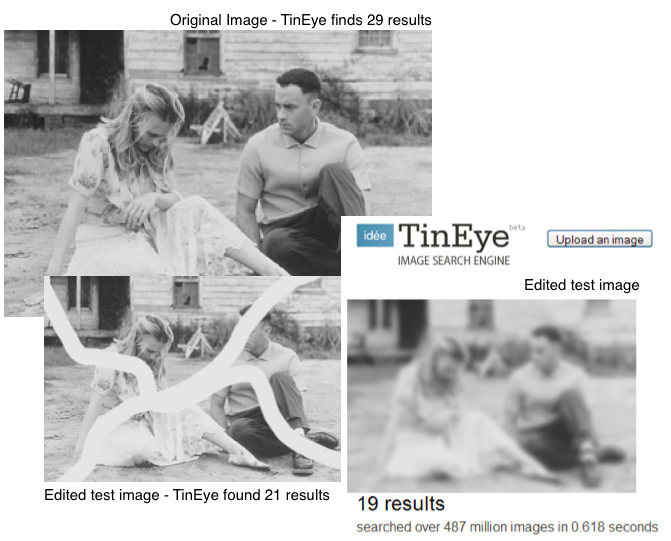 We also heard from Many over at n.e.r.d.logger.com who just discovered TinEye and says “their algorithms run circles around pretty much every other technology in this field.”

And last one: and this one is a scenario that we have been discussing in the Ideeplex: how can you figure out if the photo that someone is using on their dating site profile is really their photograph? Ming-Tsung discovered that TinEye was handy for exactly that.