Well, it has been a little while since our last post! We have been busy at the Ideeplex! More about that later…

Now, yesterday I came across a little announcement about an interactive advertising agency (Traction) launching a social media engagement initiative for Adobe – yes, a lot of words to basically say: Traction launched a facebook game that asks “fans” of the Adobe Students page on Facebook to decide if a presented image is real or fake. Ah! I thought to myself, if these students are smart, they will have heard about TinEye and they could ace those questions! Because as you know, TinEye is a reverse image search engine: give it an image and it will show you where that image is appearing on the web.  So I went ahead and gave it a try. I am up for some fun during business hours!

The first couple of images had no hit on TinEye – TinEye is awesome but it can’t find images we have not indexed! he works hard but can’t perform miracles yet! The 3rd image was a match. Below is the image that you are presented with in the Facebook game, and if you TinEye this image you will find over 90 matches. If you have a TinEye login, you can see the full result set here (if you don’t have a login, go grab one, takes 10 seconds). Hard to fake wouldn’t you say?

So beware out there, TinEye is going to make image contest a little bit easier – for the players – and a little bit harder to develop well for all of you out there. Go on and play the game. Learn how to create fake image! and don’t let TinEye spoil your fun. 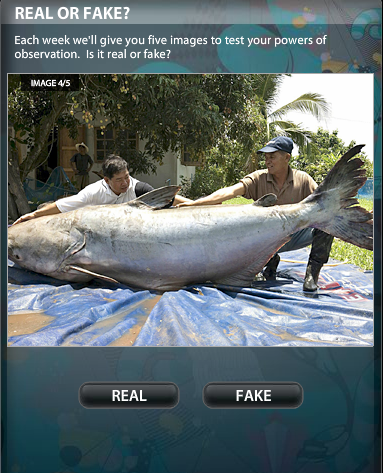 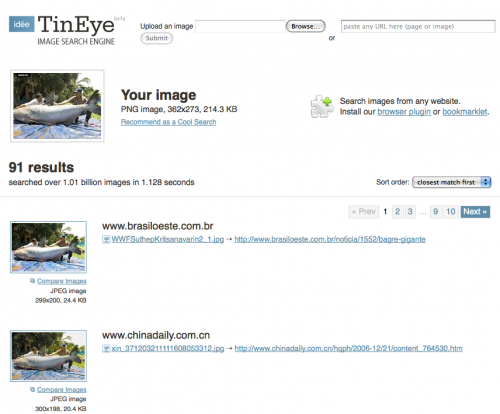