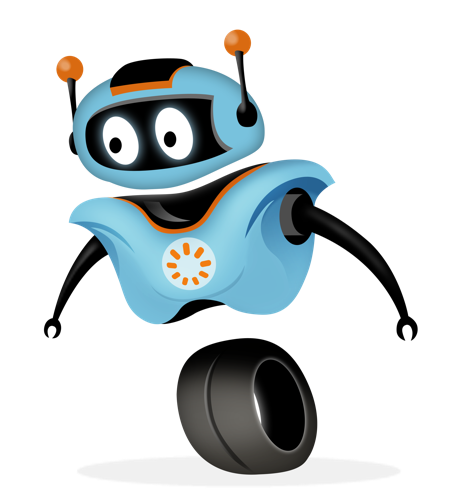 Many of you have asked us where the name “TinEye” originated. We’ll give you a quick hint: ROBOTS.

We at Idée love robots, machines, and all things mechanical. In fact, our office is filled with mechanical friends!

So a little history: back in 2000 when we were brainstorming cool names for our image recognition technology, it was no surprise that robots came to mind. Not just any robots, but those awesome tin toy robots of yore.

Yes, futuristic robots trump our human abilities in so many ways: their tin arms are stronger, their tin brains are faster, and their ‘tin eyes’ are keener…

Et voilà, the birth of TinEye! Well not really, as when we registered TinEye in the year 2000 – oh that has a nice ring to it – there was no TinEye, no reverse image search engine and no image recognition breakthroughs yet. There was a team, excited about changing image search.

We love our reverse image search engine name today but back then, had you been a participant in our brainstorming sessions you would have seen a polarized and totally divided team. Seriously who calls a search engine TinEye? Doesn’t the expression “tin ear” mean insensitive to music or subtleties in certain situations. If we called our reverse image search engine TinEye, wouldn’t we send the wrong message right out of the gate? And so did the conversations go… and go… and go… until we bit the bullet because we have a CTO who is obsessed with image search and when he becomes obsessed with a name, well it is game over for the rest of us!

TinEye’s “eyes” may be faster and keener than us mere mortals when it comes to finding image matches in billion image collections, but there are some things that human eyes can still do better! Like choosing the right colour palette to suit the mood of an image, or knowing just where to crop a photo to make it “pop”. TinEye on the other hand is laser focused on being the best reverse image search engine possible.

Fast forward to today: TinEye is the best reverse image search engine in the world (that’s what our fans tell us!) and TinEye has entered your search vocabulary in “hey, TinEye that image.”

For those of you wondering if we were inspired by Brandon Sanderson’s Mistborn trilogy: the story is awesome and the Tineyes in it are neat, but no, Mistborn was not even written when we picked our name. Bright minds think alike?

And there you have it, the etymology of our little robot TinEye!

Some shots from around the office… 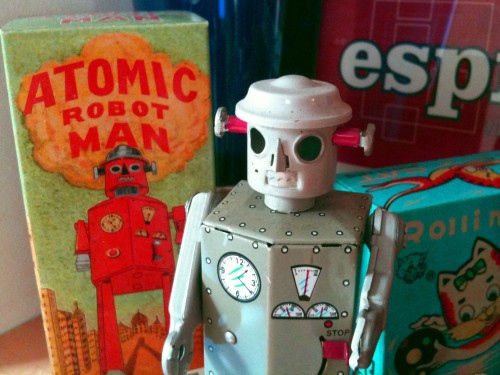 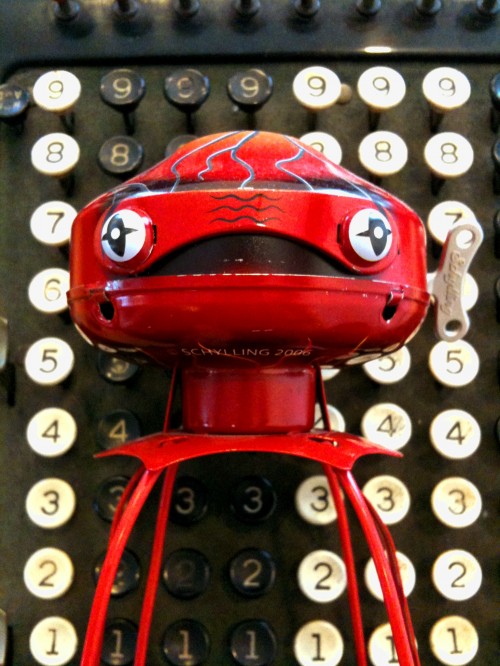 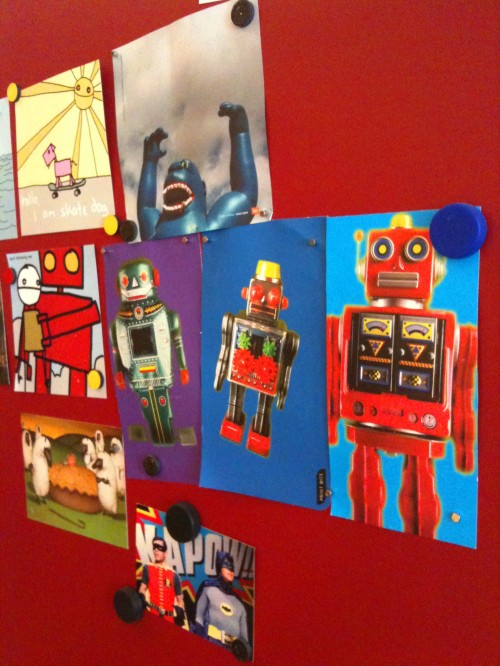 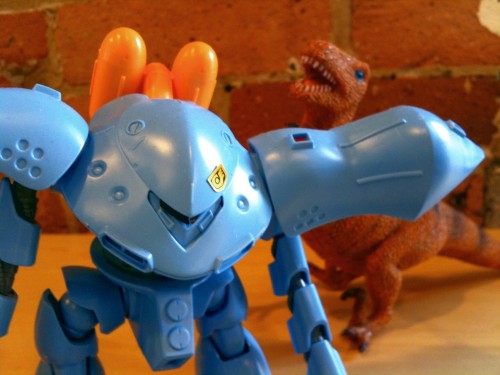 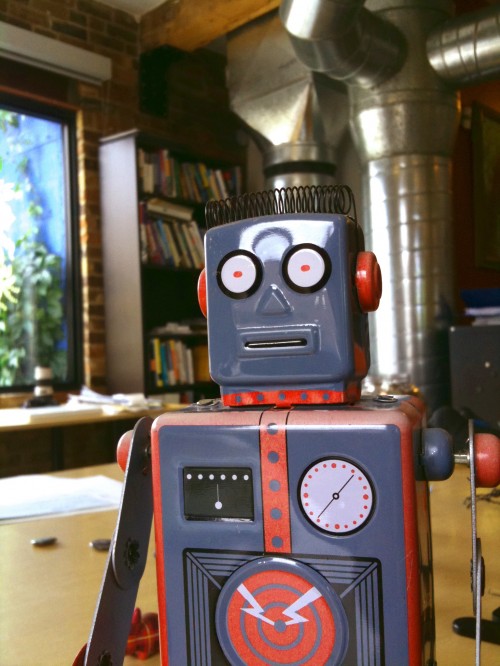 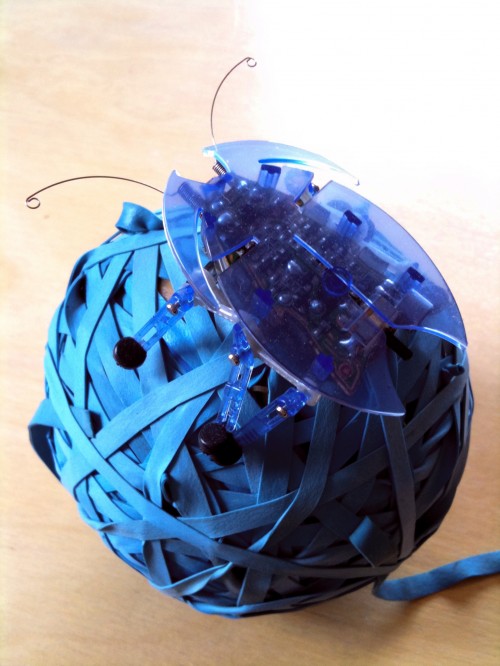 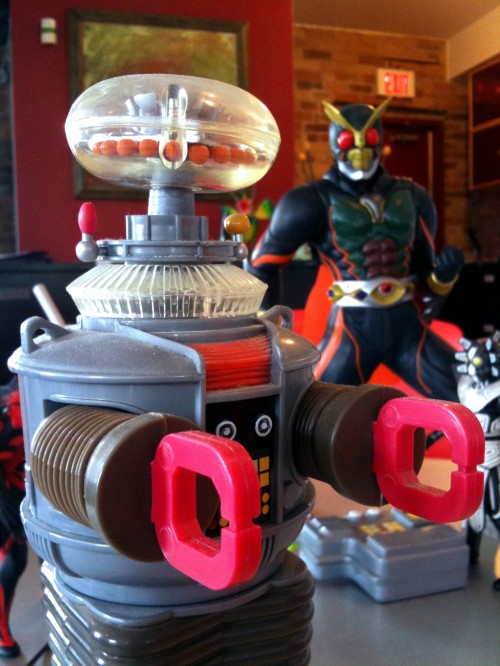 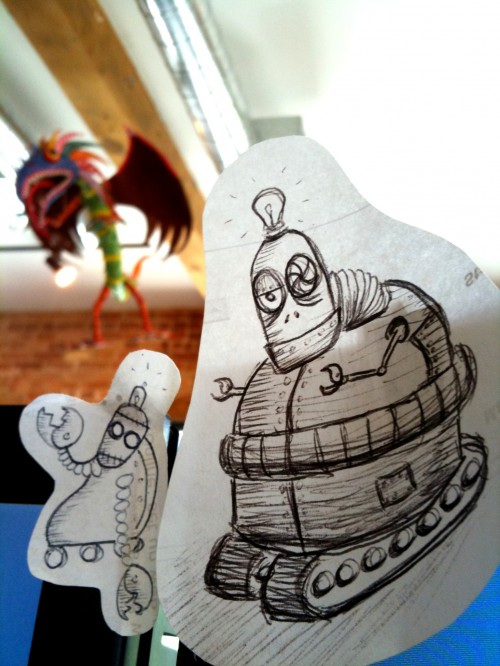